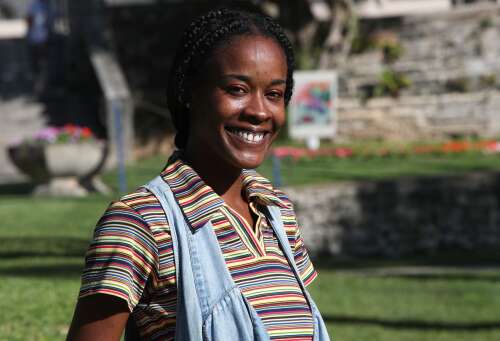 A woman who appealed to the public for help paying for medical treatment abroad said she was over the moon after surpassing her goal of £6,500 – $7,787 – in just one week.

Mickia Brangman has raised £6,875 via a GoFundMe page to help her enroll in a six-week program in the UK.

Ms Brangman, 33, who suffers from malnutrition and liver problems, said she felt “a little overwhelmed” with the support.

She added: “I’m so happy to have reached this amount because I know that once I’m there, I won’t have to worry about medical bills anymore.”

Ms Brangman said: ‘There have been people with similar issues who have just called and recommended what they have done with their medical issues.

“I’m really grateful for all the help.”

Ms Brangman has suffered from gut bacteria problems for 12 years which have prevented her body from absorbing nutrients.

She also discovered earlier this year that her liver had absorbed a dangerous amount of heavy metals which had poisoned her.

The former Endeavor youth program sailing instructor started a GoFundMe on January 5 to raise money to travel to the UK for treatment.

The page attracted 79 donations in about seven days.

Ms Brangman thanked Peter Everson, a businessman and former president of the Chamber of Commerce, who donated $1,000 – the largest donation.

She said: “It was so generous of him – he didn’t have to give it all away, so that was a really big deal for me.”

Ms Brangman admitted she was still fundraising for her travel expenses and trying to land another job.

She added that she and other family members had organized a potluck at the Mid Atlantic Boat and Sports Club in Devonshire to raise more money.

The potluck will take place on January 22 between 4 and 8 p.m. and will include a plate of food for $20.

Ms Brangman has previously called on people to pay attention to their diet and take care of their bodies.

She added yesterday: “Don’t be afraid to ask for help.”

Evaluation and treatment of nocturia in neurological diseases in a primary care setting: systematic review and consensus on the nominal group technique