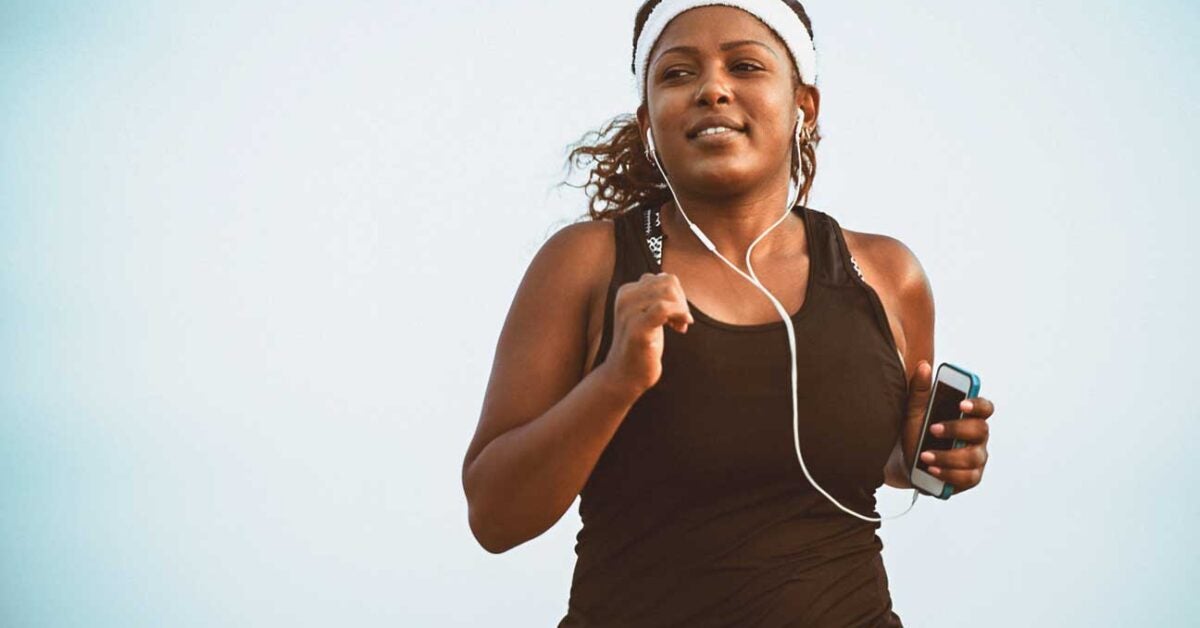 Researchers say they noticed changes in the gut microbiome after six weeks of exercise. The intestinal composition returned to normal after cessation of exercise.

If you needed another reason to exercise, try this. Exercise can alter the composition of your gut microbiota.

There are billions of microscopic organisms in the gut that play a crucial role in our overall health and how our bodies function. In a study from the University of Illinois, researchers found that exercising for just six weeks could impact the microbiome.

“These are the first studies to show that exercise can have an effect on your gut independent of diet or other factors,” said Jeffrey Woods, PhD, professor of kinesiology and community health at the University of Illinois, who led the research with former doctoral student Jacob. Allen, now a postdoctoral fellow at Nationwide Children’s Hospital in Ohio.

Woods and Allen conducted studies on mice and humans.

In the human study, the researchers recruited 18 lean sedentary adults and 14 sedentary obese.

They started by sampling participants’ gut microbiomes, then started them on an exercise program that consisted of 30 to 60 minutes of cardiovascular exercise three times a week for six weeks.

At the end of the six weeks of exercise, the researchers again sampled the participants’ gut microbiomes.

They discovered that the microbiomes had changed. Some participants experienced an increase in certain microbes and others a decrease.

Many had an increase in gut microbes that help in the production of short chain fatty acids. These fatty acids reduce the risk of inflammatory diseases as well as type 2 diabetes, obesity and heart disease.

After the initial six-week period, participants then returned to six weeks of their normal sedentary lifestyle.

When the researchers sampled the participants’ microbiomes again at the end of this sedentary period, they found that the microbiomes had returned to what they were before the exercise period.

Woods said this suggests the impact of exercise on the microbiome over a period of just six weeks may be transient.

“This tells us that exercise should be done regularly and that stopping exercise causes reversion, which is not surprising as this is evident in other physical training-induced adaptations in other tissues like muscle,” he told Healthline.

Woods said this requires further study of exercise over a longer period of time.

“We need to understand if longer periods of exercise cause greater changes.”

Dr. Emeran Mayer, a gastroenterologist at the University of California, Los Angeles (UCLA) and author of The Mind-Gut Connection, says science has only recently understood the importance of the gut microbiome in overall health. .

“They were completely ignored until about 10 years ago. Now there has been an explosive growth in interest in this area,” he told Healthline.

Since the microbiome in the Illinois study only changed during the exercise period and then returned to normal, Mayer said it’s difficult to establish how much exercise benefits. specifically to the intestine.

For those with conditions such as irritable bowel syndrome or inflammatory bowel disease, Mayer says lifestyle factors are often a good starting point for improving quality of life.

“With my own patients, I would always recommend lifestyle modifications. Diet, exercise, meditation, stress management. It is always part of any type of treatment that I give to patients that I see who come to me with gastroenterological problems,” he said.

Dr. Geoffrey Preidis is a member of the Scientific Advisory Board of the American Gastroenterological Association’s Center for Gut Microbiome Research and Education. He said the University of Illinois study raises important questions about the evolution of the microbiome.

“These studies add important insights regarding the influence of body composition on the microbiome response to exercise, and regarding the transient nature of this response once an exercise regimen is discontinued. An important question that remains unanswered is whether these microbiome changes are responsible for some of the long-term human health benefits of exercise,” he told Healthline.

“Age, genetics, body composition, medications, presence of diseases, changes in diet, and stress (such as sleep deprivation) are some of the many factors that can impact body composition. or gut microbiome function,” Preidis said.

Although there are still questions about the impact of exercise on the body and the gut, changes in the body due to exercise could also be factors that alter the microbiome.

“Gut microbes are very sensitive to their gut environment; they detect and integrate signals from both their human host and the outside world. Even subtle changes can cause specific populations of microbes to expand or certain microbial genes to turn on. Although our understanding of how exercise affects the body remains incomplete, some of the many factors that may trigger gut microbiome responses include changes in blood flow, circulating hormones, and gut motility,” he said. he declares.

As to whether this study should be a reason to exercise, Mayer said it’s important to remember that the lasting impact of exercise on the gut has yet to be established.

“People who exercise don’t have a definitively different microbiome than when they didn’t exercise, it’s just while they’re exercising. It’s like if you were taking probiotics, you have beneficial changes, but after 48 hours after stopping the probiotic, you no longer see that effect,” he said.

But Mayer says exercise is a good idea whether or not it changes your microbiome.

“If you want to pick one thing you can do to improve your health, it’s probably exercise, second only to diet. For optimal health, overall well-being, overall resilience, the answer is a yes. absolute, daily exercise is a key part of that,” he said.