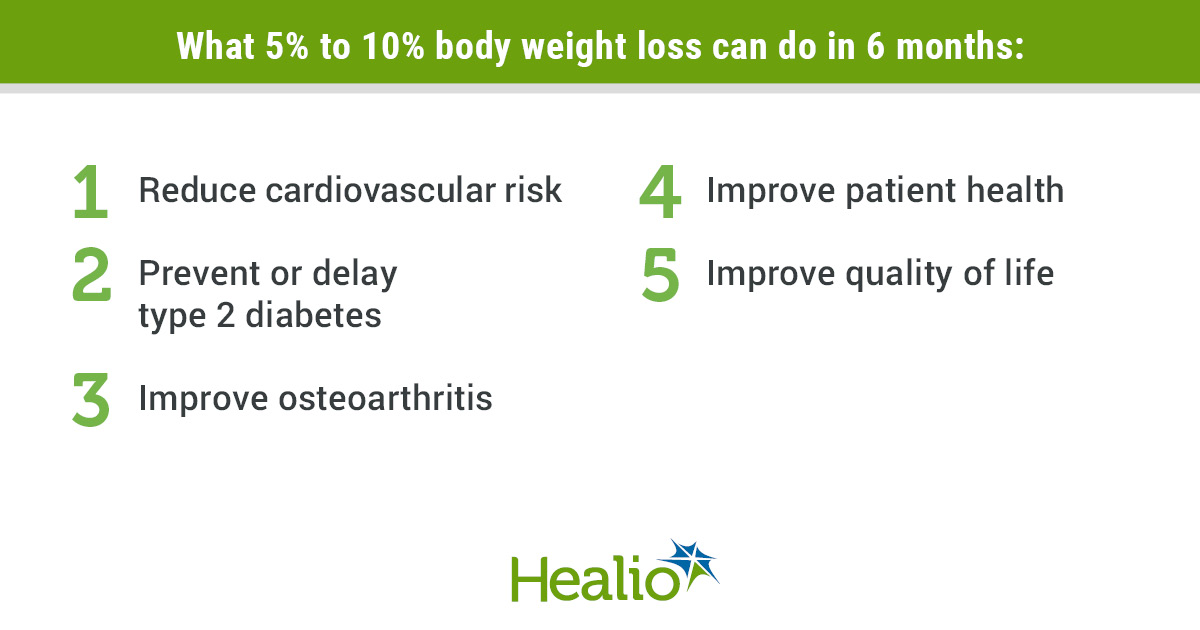 Myths can be major barriers to people with obesity accessing treatment, and patient education is key to overcoming them.

Angie Golden, DNP, FNP-C, FAANP, a nurse practitioner at an obesity clinic in Arizona, discussed 10 obesity myths at the Obesity Medicine Association conference to show how they can impact obese people and how doctors can help.

Golden said that as an obese woman, she was “incredibly passionate” about the subject. The presentation was based on his opinions on the top 10 myths; there is no data to suggest these are the main obesity-related myths, Golden said.

The first myth she addressed was that obesity is a risk factor, not a disease.

Obesity is a chronic and treatable disease, Golden explained, and patients need to know that their condition is treatable.

“Hippocrates recognized that overweight people were at a higher risk of sudden death. It certainly took us a long time for medical organizations to accept that obesity was a disease when Hippocrates knew it 2,500 years ago,” she said.

The fact that many people don’t recognize obesity as a disease in itself ties into the second myth: “It’s all about willpower,” Golden said.

“My cardiologist, his hand on the doorknob, pointed at me and said, ‘you have to eat less and move more’. He was right,” she said. “From a behavioral standpoint, eating less and moving more probably would have benefited me. But he clarified that it was the cause of my excess fatty tissue, in his mind.

Obesity is a disease, a neuroendocrine disorder “with a clear pathophysiology in the brain and in the dysfunction of the energy-regulating hormonal system,” Golden said.

“Will is defined by the control exercised to do something or restrain impulses,” she added. “That’s not what obesity is. Not when you look at the hormonal aspects and what’s going on in the brain.

Golden then jokingly asked women of childbearing age to “go home tonight and pull out an egg” to suggest that one has as much power over this as overcoming the hormonal aspects of obesity.

“I can’t control my ghrelin level with willpower. Hunger and energy homeostasis is incredibly complex,” she said.

Along with the misconception that you can lose weight with sheer will power, many obese people believe that they have to lose a lot of weight to have any health benefits.

“Fortunately, the fact is that a 5-10% loss in body weight can reduce the complications associated with obesity,” Golden said. “Usually within 6 months you can reduce cardiovascular risk, prevent or delay type 2 diabetes and improve osteoarthritis. You can also improve patient health and quality of life.

“She came back and said, ‘If I never lose another pound — as long as I keep this — I did what I planned to do,'” Golden said.

One of the themes of the mythos that Golden spoke about was a feeling of helplessness. Some patients ask, “What is it for? because they believe the weight is coming back, or they believe they cannot change their weight because their family is also struggling with obesity.

Of the weight comeback, Golden said “Well, that kind of thing happens.” But she explained that the physiology of regaining weight is a metabolic adaptation, “not the person who gets lazy.”

Even with treatments, myths can arise. For example, the idea that surgery is “cheating” is also a myth.

“Not everything can be attributed to surgery and simple mechanical modifications. We know that surgery now lowers the forbidden level of fat mass in some way,” she said. “A large percentage of patients have a lower defended mass, and that’s one of the big issues in the pathophysiology of this disease: increased adiposity and then a defense of that increased adiposity.”

She also mentioned alterations in the gut-brain axis that occur quickly after surgery, such as altered signaling with ghrelin, GLP-1.

“And then we see how much we can address some of the obesity-related complications,” she said.

For example, data has shown that bariatric surgery is associated with diabetes remission in 83% of patients, according to Golden.

“Type 2 diabetes: 83%. Sit with that for a minute,” she said. “Is there anything else you do to achieve 83% remission of a chronic disease? This is why we should talk to our patients with a BMI of 35 or more who have type 2 diabetes about surgery. This should be an option that is at the forefront of their thought process.

“The stent works very well for some people; the drugs work very well for others. I think we have to combine everything,” she said.

Two detrimental myths that go hand in hand are the “calories in, calories out” approach and that people should just exercise more to lose weight.

“Find out what your metabolism rate is and do it! Obesity wouldn’t exist,” Golden said. “We have to go beyond [diet and exercise] because then you treat obesity as a disease.

Golden also mentioned guidelines that tell people to eat 500 fewer calories each day to lose 1 pound each week, but said that was a problem.

“We are not continuous eaters; we are discontinuous and we are continuous metabolizers,” she said. “So the scale will never be at an equal point like this.”

She also pointed out that “there is a hypothesis that with the disease of obesity, our microbiome interacts with food a little differently, and thus takes in more calories from our food than we think we get.”

Additionally, Golden noted that, during active weight loss, exercise alone will produce “modest” weight loss – on average, about 2 pounds – but bouts of exercise also often increase sedentary activity for the rest of the day.

“You have to be very careful,” she said. “Just because you hit the gym, ran on the treadmill, and lifted weights doesn’t mean you can go home and be a couch potato the rest of the day.”

But that’s what the body will try to do, she continued, because of the regulation of energy.

“Voluntary exercise has been shown to decrease other types of exercise like our other energy sites, like our basal metabolic rate,” Golden said.

Along with this, exercise and movement increase hunger hormones, so “we think we can eat a bit more if we exercise.”

Once you exercise, your body shuts down other expenditures, but this process is different for everyone, “so we never know what our personal energy plateau might be,” Golden said.

Ultimately, however, Golden said exercise is essential for good health and especially for maintaining obesity.

“Now that I’m on maintenance, I need to have a lot of activity in my life to maintain my weight and to have all these obesity-related issues knocking on the door instead of inside. “, she said.

The final myth Golden worked to dispel was that of healthy obesity.

“The problem of fact is that we have clear evidence that cumulative obesity causes harm to the body,” she said, noting a British study that illustrated obesity-related complications, such as an increase of 50 % of cardiovascular diseases.

Golden ended his presentation with a plea.

“If you don’t get anything else out of it, take the word obese out of your dictionary, out of your language. I am not an obese woman. I’m not labeled for my disease, and your patients shouldn’t be,” she said.

“On a very happy note, obesity is a chronic, progressive, yet treatable disease,” Golden said in closing. “A weight loss of 5 to 10% can modify obesity-related complications; it’s more than calories in and out; drugs are an essential tool in our toolbox for the treatment of this disease; exercise is essential for maintenance; and bias can impact treatment.

The Prebiotic Supplement That Could Transform Your Gut Health

Burn Gut Fat With These 5 Exercise Secrets, Says The Trainer – Eat This, Not…

Exercise in the morning or in the evening? It depends on your goal, according to a…