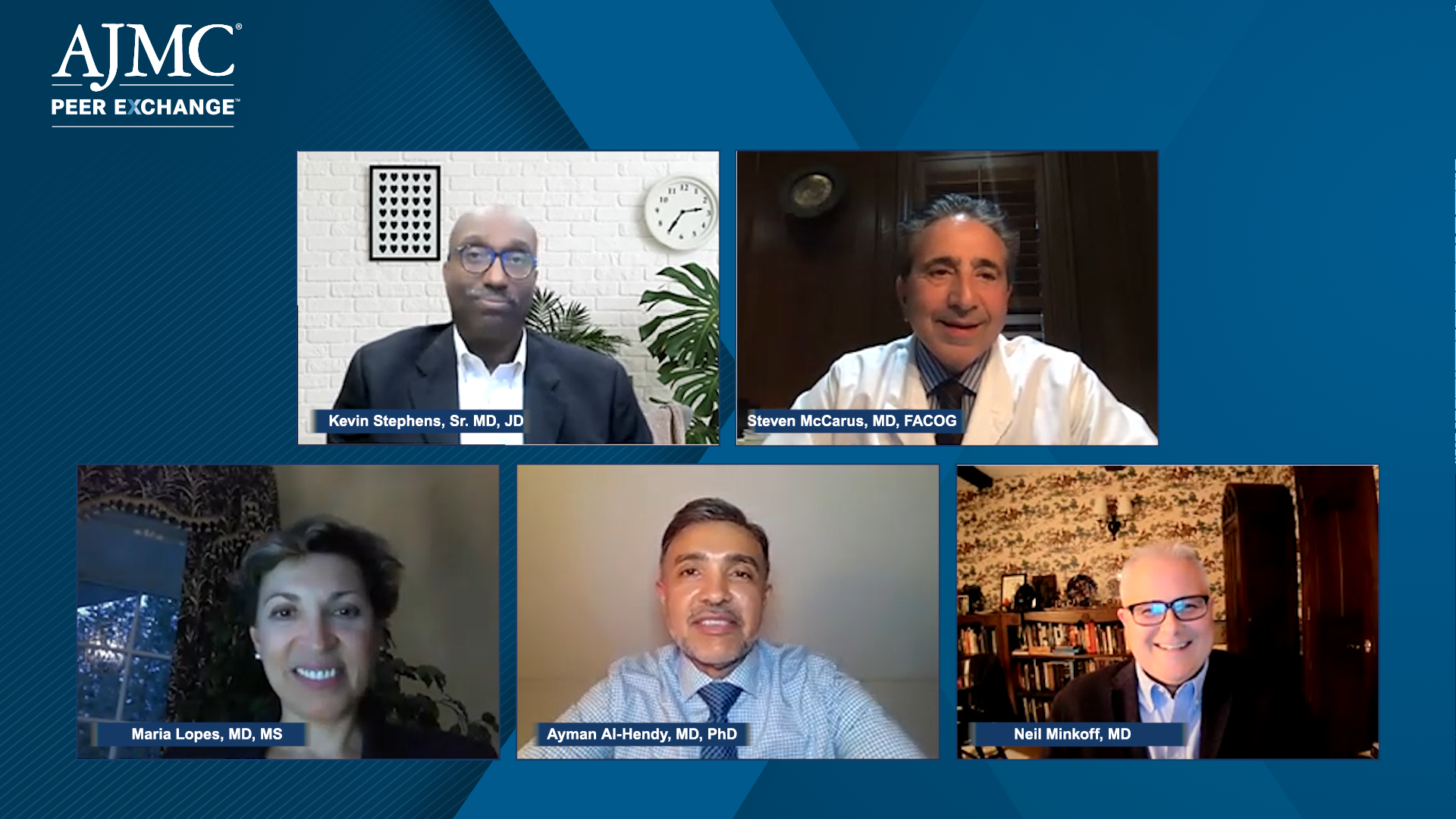 Neil Minkoff, MD: Let me keep pushing a little. I want to open this to everyone. I’m not trying to pick on you, Steve. I am the primary care physician. I am the emergency department [ED] doctor. I see patients in my clinic or in my emergency department for heavy menstrual bleeding and pelvic pain. This may be too simple a question. When should I think of endometriosis versus fibroids? What should help steer me one way or the other in terms of achieving my track record?

Ayman Al-Hendy, MD, PhD: I agree 100% with Steve that endometriosis is a real challenge. As he said, there is a huge delay, but it is a real scientific challenge. We don’t have a good diagnostic tool for endometriosis. The only definitive diagnosis is pathology confirmed by biopsy. Biopsy means you had a laparoscopy to do the biopsy. It is very invasive and usually comes late in the patient’s journey. I can enjoy the challenge there. Steve covered the options for making a tentative or empiric diagnosis and even starting empiric treatment. If the patient is better, that’s circumstantial evidence. We will come back to this later.

However, I see no excuse for missing fibroids. Fibroids are easy to diagnose and there is a delay. It’s much less than endometriosis, but most studies average more than 3 years, 3.2 years. It’s inexcusable, in my opinion. Most of the time what happens is that the patient goes to the emergency department or the primary care doctor’s clinic and says, “I have heavy menstrual bleeding.” Before she can finish her sentence, she has a prescription in her hand for ibuprofen or maybe a contraceptive, and she’s out. Do an ultrasound. Order a transvaginal ultrasound. Many fibroids are delayed in diagnosis because of this, and it’s very easy to diagnose. I agree that endometriosis is a real challenge, and I hope we get a chance to cover different approaches, but fibroids are easy to diagnose. Then, of course, you can process it.

Neil Minkoff, MD: I want to go over those choices in 1 second, but let me ask you 1 more question before I do. Are there different treatment goals from how you look at a patient with fibroids or endometriosis in terms of pain control or menstrual bleeding? How would you define these differences?

Ayman Al-Hendy, MD, PhD: Yes. Heavy menstrual bleeding is the #1 symptom of fibroids. Most patients with fibroids, about 85%, will complain of heavy menstrual bleeding. The remaining 15% complain of the so-called massive symptoms, specifically the basketball fibroid that Kevin mentioned. They complain of a mass if they are thin. They complain of feeling a lump, protrusion, or bulge. Or they complain of urinary symptoms, frequent bathroom breaks because the fibroid is pressing on the bladder, or constipation and discomfort during bowel movements because the fibroid is pressing on the bowel or colon. About 15% have primary mass symptoms.

Severe pain is not a typical symptom. There’s cramping, dysmenorrhea, that sort of thing, but intense, excruciating pain isn’t a typical symptom of fibroids, unless there are issues like degeneration or torsion of a pedunculated fibroma. It’s different from endometriosis. It’s almost the opposite. Pain is the main symptom of endometriosis, that intense pain that Steve was talking about, which is almost career ending, where some patients don’t finish school or can’t keep a job. This quality of pain, degree of intense pain, is typical of endometriosis. Heavy menstrual bleeding may also be present in a patient with endometriosis, but certainly less than in a patient with fibroids. The goals of the treatment are a little different.