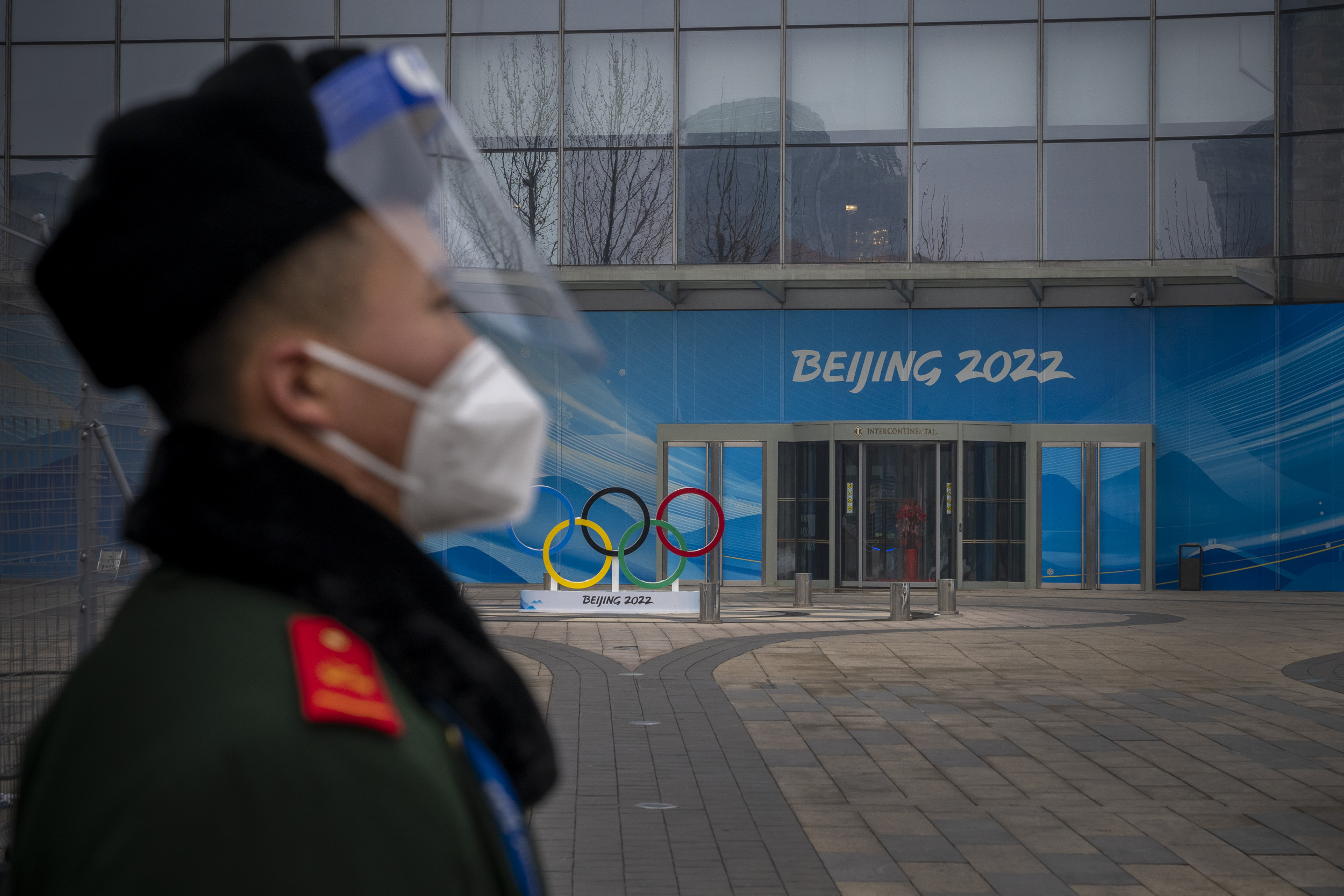 Several athletes who tested positive for COVID-19 and placed in quarantine hotels at the Beijing Olympics last week are criticizing China for providing poor food and housing conditions.

Olympic competitors have taken to social media or informed their home countries of a lack of available or edible food, as well as a lack of transparency regarding national coronavirus protocols.

“I have a stomach ache, I’m very pale and I have huge dark circles around my eyes. I want this all to end. I cry every day. I’m very tired,” he said. inside Russian biathlete Valeria Vasnetsova on social networks. one of the hotels in Beijing.

Vasnetsova also shared a photo of what she said had been “breakfast, lunch and dinner for five days already”, which included a platter of plain pasta, charred meat, potatoes and no of green vegetables.

She also claimed that after investigating the food served to other staff, athletes received worse meals. She shared a photo of her team doctor’s food, which included fresh fruit, salad and shrimp with broccoli.

“I honestly don’t understand, why is there this attitude towards us athletes?!” she says, while noting that she’s lost so much weight that her “bones are already sticking out.”

Head of the German delegation, Dirk Schimmelpfennig, also criticized Beijing’s “unreasonable” living conditions after three-time gold medalist Eric Frenzel tested positive for the virus and was sent to a quarantine hotel. Schimmelpfennig said Germany was pushing for bigger and cleaner venues, as well as more regular food deliveries to help athletes recover, according to The Associated Press.

Other Olympians have called out the game’s organizers over what they claim are confusing quarantine protocols. Those who have arrived in Beijing and tested positive for COVID-19 but are asymptomatic are expected to self-isolate at a designated hotel, while symptomatic people are sent for treatment in Chinese hospitals. However, some athletes who tested positive were allowed to self-isolate inside the Olympic Village.

Belgian skeleton racer Kim Meylemans has taken to social media to address a lack of information on virus protocols after saying she was sent to a second place of quarantine the day she believed she was going to be released.

However, after complaining publicly about her situation, Meylemans received better treatment and was brought back to the Olympic Village. Others, including Vasnetsova, also reportedly received better food and conditions.

China is trying to operate under a “zero tolerance” policy against coronaviruses while hosting the Olympics over the next few weeks. To prevent the spread of the virus, Olympic organizers have developed a closed-loop system to keep all athletes and staff isolated from the general public. Those who have twice tested negative for the disease will be confined to hotels in the Olympic Village, while specially designated vehicles will transport them to competition venues and train them.

Weeks before the start of the games, China also prepared for the event by cutting transport to Beijing from areas where infections were reported, closing nearby schools and universities and forcing Chinese citizens to present proof of a negative test in order to leave their municipality.

The country has reported more than 100 infections among athletes and team staff who arrived in Beijing ahead of the opening ceremony on Friday February 4. However, Brian McCloskey, chairman of the Beijing 2022 medical expert group, said those numbers were to be expected as thousands of people arrived in China this week from around the world.

“We are now going through the peak period of people arriving in China so we expect to see the highest numbers at this point,” McCloskey said earlier this week.

Newsweek contacted Beijing 2022 organizers for further comment, but did not hear back in time for publication.