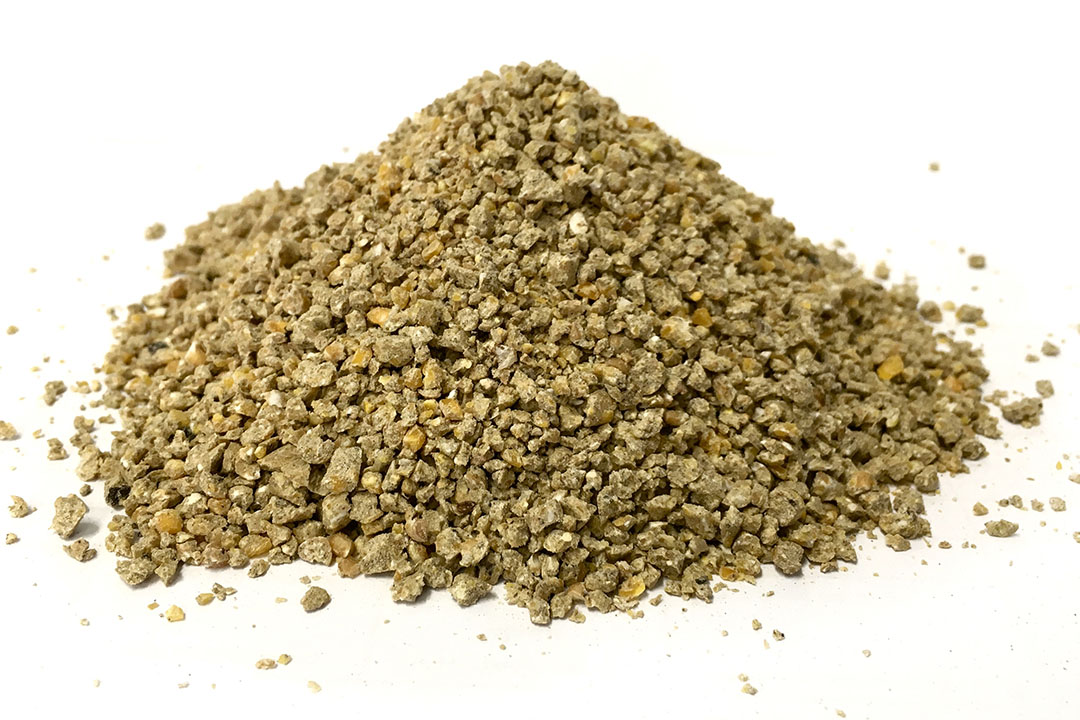 Particle size of food pellets and its effect on gut health

Advances in genetics have produced commercial strains of poultry and pigs with improved performance (growth, reproduction, etc.) based on minimal feed intake. The nutrition of these animals has also evolved over time to reach and maintain their genetic potential. Examples of advances in monogastric nutrition include the widespread adoption of net energy, standardized ideal ileal digestible amino acid ratios, and digestible phosphorus concepts, allowing nutritionists to formulate optimal cost-effective diets. There is also growing interest in the interaction between food processing and gut health in animals. A healthy gut is very important for raising pigs and poultry in a sustainable and profitable way, with limited use of antibiotics.

The role of food processing

Today, most pig and poultry feed is manufactured using a combination of technologies including physical milling with hammer and/or roller mills in conjunction with hydrothermal processing (HTP) including pelleting, expansion or extrusion. Pelleting is the most popular HTP method for manufacturing pig and poultry feed. During the pelleting process, the feed is passed through steam, which softens the feed particles before they are pressed through the die by the rollers of the pellet press, causing a grinding effect additional. It is well recognized that processing parameters such as extent of particle modification, processing temperature, pressure, time and water determine physical and chemical reactions within and between nutrients as well as adhesive properties. on the surfaces of the feed particles, the final physicochemical result. structure and hygienic condition of the food. These attributes can influence directly and indirectly the impact of processed foods on the ecology of the digestive tract and therefore on the health, performance and cost of animal feed. Some of the studies that have looked at the link between processed foods and health effects are listed in Table 1. Effects of smaller particle size include reduced gizzard and pancreas weight in poultry and increased stomach ulceration in pigs.

The effect of particle size

Grinding makes it possible to create different particle sizes. Particle characteristics, particularly size, are one of the most controversial issues in pig and poultry feeding. From an economic point of view, an optimal particle size distribution adapted to the physiological needs of the animal allows an optimal use of nutrients and improves the performance of the animal. Many reports show the effects of grain feed particle size on pigs and poultry (Table 2).

Pigs fed a coarse diet have heavier stomachs than pigs fed a fine diet, probably reflecting the fact that coarse diets require more muscle action to be processed by the stomach than fine diets. Food particle size has also been shown to impact the large intestine. Studies have shown that coarse diets are strongly associated with higher levels of propionic and butyric acid in the contents of the cecum and colon. It is possible that the coarse size of food particles promotes an increase in populations of bacteria producing short-chain fatty acids (SCFAs) and thus contributes to gastrointestinal health by preventing the proliferation and/or virulence of harmful bacteria such as Salmonella spp. and E.coli. Studies have shown that the change in feed presentation could be associated with a modification of the microbiota (different composition and/or metabolic activities) in the gastrointestinal tract (GIT) of pigs. According to literature data, reducing the amount of fine particles in pig feed is strongly recommended. Generally, based on the existing literature, the amount of finer particles (1.6mm) must also be low due to nutrient reduction. while the proportion of medium-sized particles (>0.5 to

In poultry, the proventriculus and the gizzard are the true gastric compartments. The lack of a structural component in poultry diets has been associated with an enlarged proventriculus and a non-functional gizzard, thereby compromising feed utilization and gut health. It has been reported that gizzard volume can increase significantly when structural components such as whole or coarsely ground cereals are added to the diet, sometimes increasing to more than double the original size. Food particle size can also affect the physiological and morphological characteristics of the GIT and therefore the microbial status. Finely ground food stimulates faster growth of Clostridium perfringens than coarsely ground foods and therefore may be a risk factor for necrotic enteritis (NE). Previous studies have observed that birds fed a coarsely ground wheat diet had 18.1% mortality due to NE, while birds fed a finely ground wheat diet had 28.9% mortality. This was related to gross stimulation of gastric function, including HCl secretion and improved nutrient utilization in the small intestine. Other studies have shown that birds fed a fine particle diet (0.3 mm) had a rate of S. enterica serotype Mortality rate of Typhimurium DT12 compared to those receiving a coarse particle diet (0.9 mm). A lower S. enterica serotype The mortality rate of Typhimurium DT12 in the gizzard contents was associated with a relatively higher pH in the gizzard of birds fed a fine particle diet. Because it is increasingly recognized that poultry require a certain degree of physical structure in their diet to respond to the development of their innate feeding behavior, the inclusion of dietary structural components, such as coarse particles, sources of insoluble fiber and whole grains should be considered in the context of gut health in antibiotic and coccidial-free feeding programs.

MILL: A NOTE TO INTEGRATORS

The benefits of animal feed processing in terms of animal performance and economics are beyond doubt. However, as pig and poultry production practices evolve, feed processing schemes will no longer be valued solely in terms of optimizing nutrient use, but also in terms of impact on condition. food hygiene, the efficacy of food additives, animal health and nutrition. security. Pet food processing must accommodate an increasing focus on dietary approaches (ingredients and physical characteristics) to maintain a healthy and functioning gastrointestinal tract. Understanding the mechanisms involved in the complex interactions between diet, gut microbiota, and gut tissues can help support GIT function and health through targeted dietary modifications. The optimum particle size could be engineered in the grinding process using a roller or hammer mill. However, since most pigs and poultry are fed hydrothermally treated diets, further reduction in feed particle size is inevitable. Because fine grinding is generally preferred for high quality pellets, and because it is difficult to avoid further reduction in feed particle size during the pelleting process, a fine particle size will be almost inevitably found in pelleted feeds. The possibilities of reducing the grinding intensity of the particles during granulation, by varying the parameters of the granulation process, are very limited. A modified extrusion process (i.e. treatment using an expander) followed by a shaping element as applied in the pet industry could be an alternative to pelleting to preserve particle size. Strategies such as the addition of concentrated fibrous matter may be more appropriate in pelleted feeds, but data are largely lacking on its applicability in practical diets.

This article is edited from the original article: Role of Feed Processing on Gut Health and Function in Pigs and Poultry: Conundrum of Optimal Particle Size and Hydrothermal Regimens, published in Frontiers in Veterinary Science (2019;6:19).