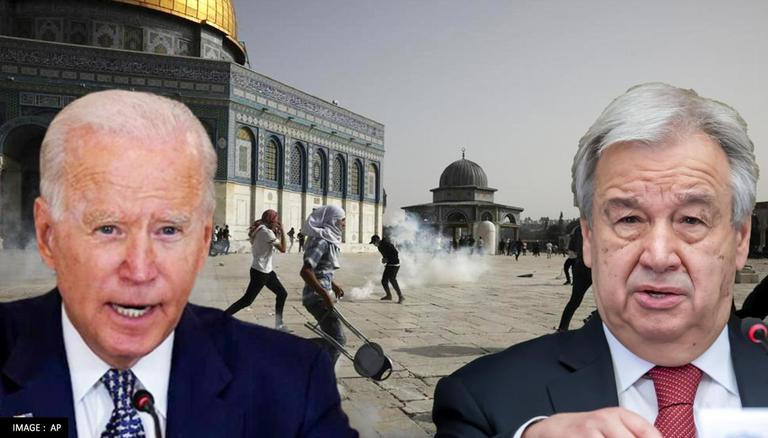 A day after clashes between Israeli police and Palestinians erupted at Al-Aqsa Mosque in Jerusalem, US special envoy George Mitchell on Friday urged both sides to “show restraint” in opening the doors of a new round of negotiations. Speaking to Palestinian President Mahmoud Abbas in the Jordanian capital, Amman, Mitchell stressed that the warring parties must resort to a “period of calm” to prevent a new wave of violence in recent days. However, President Abbas said on Friday that Palestine had still not decided whether it was ready to resume talks.

“On behalf of the United States and the president, I urge all parties to exercise restraint,” George Mitchell told Palestinian President Abbas, as quoted by VOA News.

“What is needed now is a period of calm and tranquility in which we can move forward in the effort in which we are engaged,” he added.

Mitchel’s effort to bring Israel and Palestine back to the negotiating table comes as Jerusalem witnessed fresh clashes in the Al-Aqsa compound on Friday after Israeli police stomped on the mosque’s premises during the morning prayers. “The United States is deeply concerned about the violence in Jerusalem today on the Haram al-Sharif/Temple Mount. We call on all parties to exercise restraint, avoid provocative actions and rhetoric, and preserve the historic status quo on the Haram al-Sharif. /Temple Mount. We urge Palestinian and Israeli officials to work cooperatively to reduce tensions and ensure everyone’s safety,” the US State Department said in a statement.

At least 117 Palestinians were injured in the clash, according to the Palestinian Red Crescent Society. The violence comes as several Palestinians have already been killed in clashes in recent weeks over Israel’s approval of 1,600 new homes to be built in the West Bank district of East Jerusalem. This further aggravated the diplomatic rift between the two neighboring countries.

Calling for an immediate end to the violence, UN Secretary General Antonio Guterres on Friday expressed his “serious concern” over the deterioration of the situation between Israel and Palestine. According to Gutteres spokesman Stephane Dujjaric, the secretary general also asked both sides to “help calm” the situation and avoid provocations at the holy place sacred to Jews and Muslims. The UN chief also reiterated calls for the status quo and urged both sides to uphold and respect the sanctuary. Dujjaric also added that Guterres claimed to support Palestine and Israel to resolve the conflict based on relevant UN resolutions.

In talks with Mitchell, President Abbas said Palestine hopes world leaders will mediate the ongoing conflict between Tel Aviv and Jerusalem and urge Israel to stop all settlement-related activity in the West Bank. Chief Palestinian negotiator Saeb Erekat also said: “We must give the indirect talks the chance they deserve, but we want to ensure that the Israeli government’s decision to build 1,600 housing units in East Jerusalem and others to come is really stopped”. He added: “Our positions are clear and defined,” according to VOA. Israel and Palestine suspended talks for more than a year following the 11-day Gaza war in May 2021.