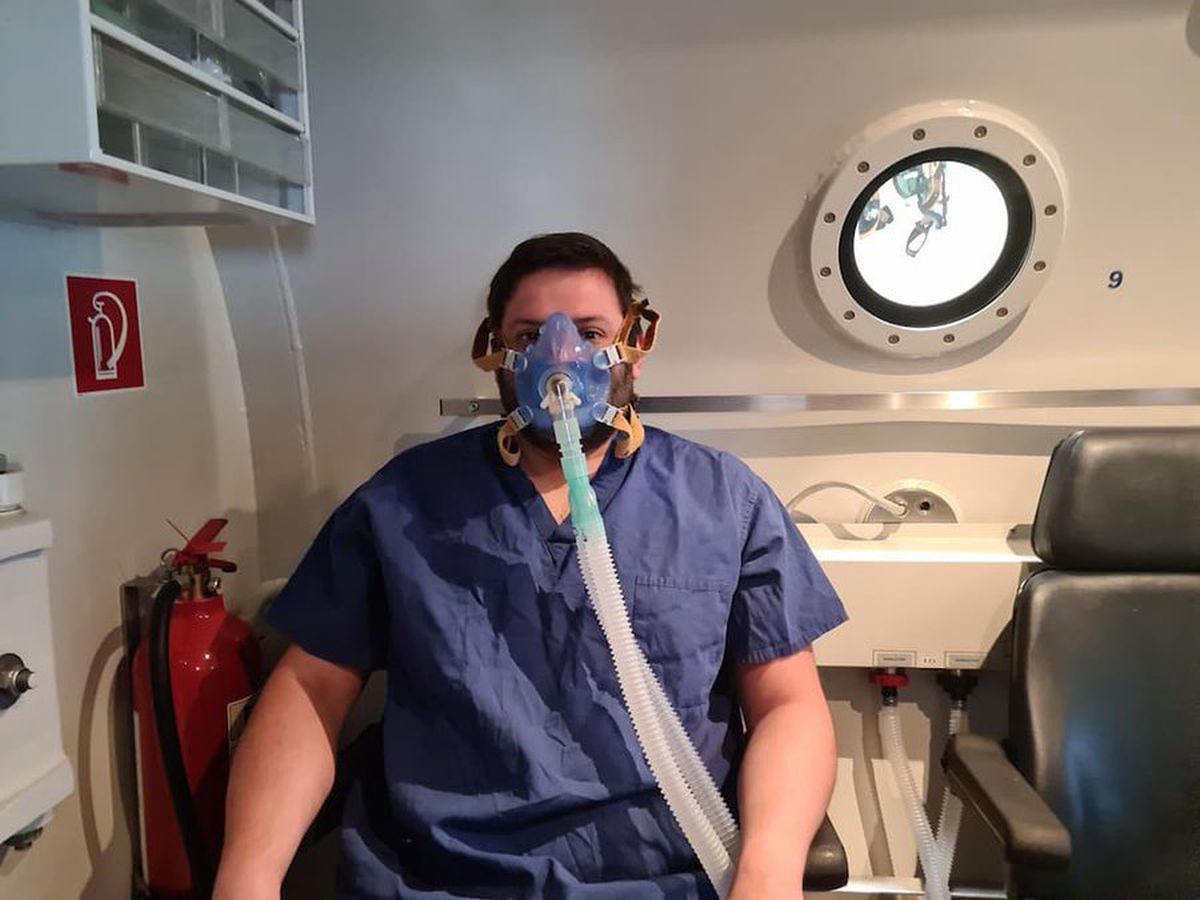 Staff members had access to hyperbaric oxygen therapy at the Midlands Diving Chamber in Rugby, visiting the facility for 90-minute sessions once a day for three weeks.

During therapy, patients sit in a specialized six-meter-long chamber in which the pressure is raised – to the equivalent of 14 meters below sea level – before breathing in oxygen through a mask.

The higher pressure means more oxygen gets into the blood and into the cells that need to be repaired.

Deputy Fire Chief Simon Barry said: “We are incredibly proud of how everyone at the West Midlands Fire Service has responded to meet the challenges of Covid-19.

“We have always prioritized the health and well-being of our staff. This has enabled them to continue to provide our core services and provide a wide range of additional support to the most vulnerable members of our communities.

“As we all transition to living with Covid, the health and well-being of our staff remains a top priority. Several of our staff have had severe and longer lasting Covid symptoms.

“We are delighted to have been able to offer them hyperbaric oxygen therapy, and it is great to see that many of them are responding so well.”

“The anti-inflammatory effects of hyperbaric oxygen therapy can counter the increase in inflammation and neuro-inflammation common to Covid-19 and reverse oxygen debt at the cellular level.

“Oxygen delivered in this way can not only address a person’s low oxygen levels, but also the effects it can have on their tissues.

“In the cases we’ve seen, some of the more common symptoms such as fatigue, ‘brain fog’, insomnia and neurological issues respond extremely well to therapy.

“Most patients who have Long Covid see significant improvement after just ten to fifteen sessions in the hyperbaric chamber, with some returning completely to normal.”

Phil King has been a firefighter with the West Midlands Fire Service for almost 25 years.

He is based at Wolverhampton Fire Station and contracted Covid in April 2021.

He was rushed to hospital with a suspected stroke, which was later ruled out after tests. But over the following months, Phil experienced symptoms including spikes in blood pressure, palpitations, dizziness and “brain fog”, as well as gastrointestinal issues.

Phil said: “It affected me mentally too. I often thought I was going to die. So many tests came back negative that I felt like the doctors didn’t believe me or were out of ideas. The only treatment they offered was blood pressure tablets.

“After months of feeling so bad and not knowing why, being able to benefit from hyperbaric oxygen therapy has really helped me physically and mentally.

“At first it was a little weird to enter the room, but I quickly felt comfortable with it. The staff was very nice and helpful. They explained the process and how it works.

Phil says the treatment got rid of many of his symptoms and eased others.

“Having the treatment in November gave me the confidence to socialize a bit over Christmas. Although I still had some symptoms, I finally felt confident that I was back to normal.

“Unfortunately I caught Covid again in January and it knocked me a bit. I went back to the bedroom for more treatment and I still feel optimistic about the future.

Lisa Slevin, team leader of the fire safety team, said: “Honestly, I don’t know what I would have done without her, or even if I could have returned to work.

“After the third week – wow – all my symptoms were gone. I was back to running, gym, swimming and the stairs were no longer a problem.

“The difference between the cognitive tests before and after the treatment was astonishing. It suddenly became clear why I felt like a zombie.

“I am now back to work and hopefully will be back to full duty by May. It’s been a long journey, but honestly, I don’t think it would have been possible without the Chamber Sessions.