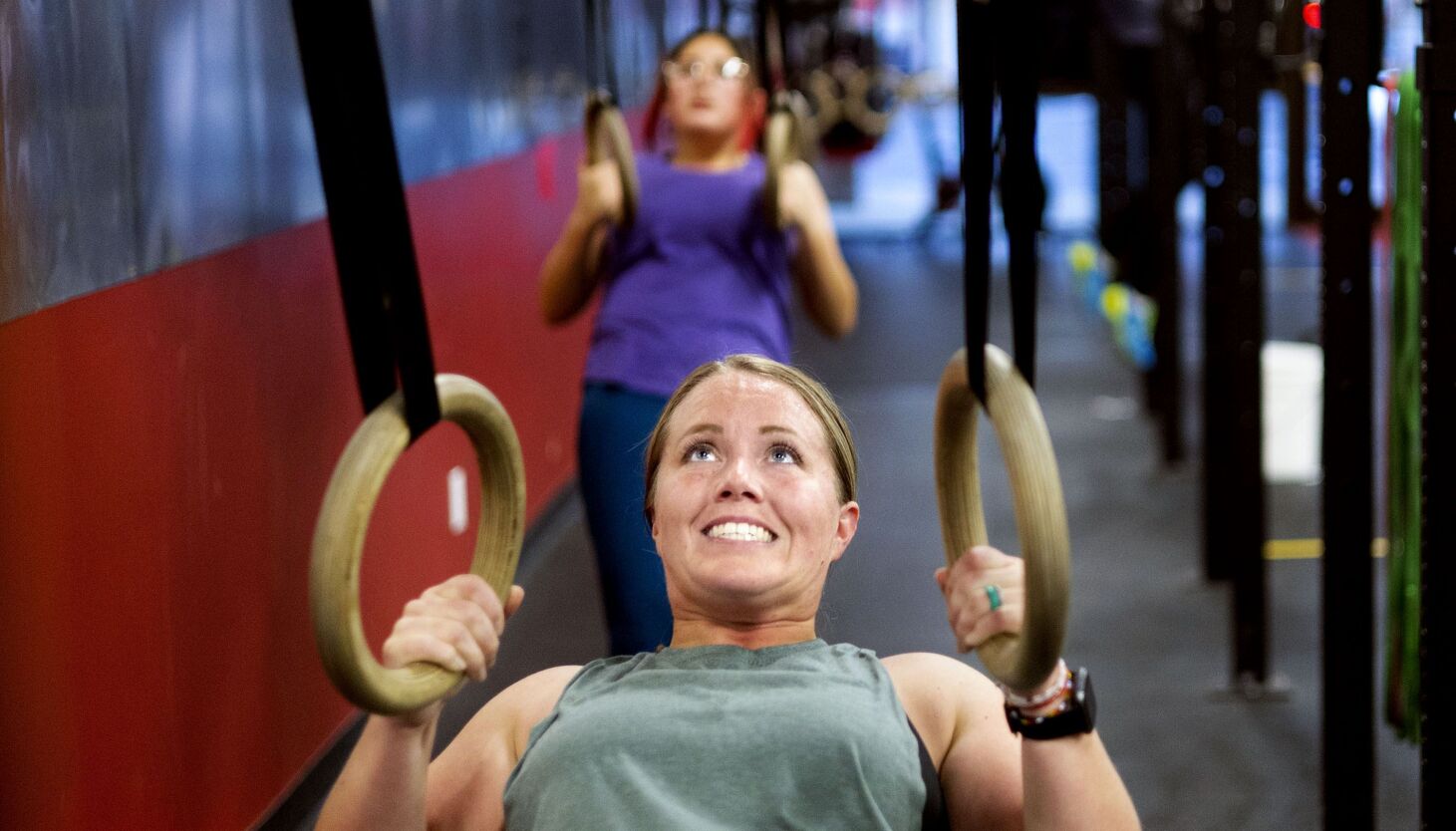 As President Joe Biden noted on the steps of the White House when he proclaimed November National Diabetes Month, the disease — especially type 2 diabetes — is an American problem that is not going away.

According to statistics from the American Diabetes Association, nearly 5,000 people are diagnosed with type 2 every day, which is up to 34 million Americans — about 1 in 10 — currently battling the disease.

“I call on all Americans to participate in activities that raise awareness of diabetes and help prevent, treat, and manage this disease,” the president urged.

Or, in Jody’s case, reverse it.

Jody Reid is a 36-year-old mother of three with many diabetic parents, a sweet tooth, a desk job at the IRS — and a Roy CrossFit gym membership.

All of these factors contribute to its history. One that begins with desperation and ends with him joining a rare club of people who were once diabetic and no longer are.

Unbeknownst to her, Jody’s battle with diabetes began when she was born. A long line of aunts, uncles, grandparents, on both sides, had contracted type 2 diabetes before her, suggesting a strong genetic predisposition to the disease.

Then there is his fondness for sweets. As she puts it, given the choice between kale and a KitKat, “I’ll take the KitKat every time.”

Add to that the job she’s had at the IRS since 2006, which requires sitting at a desk for eight hours a day.

If that sounds like a recipe for a diagnosis of diabetes…well, it was in Jody’s case.

She was just 31 when doctors warned her she was prediabetic – a danger zone where your sugar levels are moving in the wrong direction (an estimated 94 million Americans are prediabetic).

In response, Jody joined a gym. She chose a crossfit gym near her home — CrossFit workouts feature high-intensity interval training, usually in groups — because her sister, Jenny, had joined a CrossFit gym and “lost a lot of weight. “.

“I thought I’d be able to train my way through this,” Jody says. Plus, she would lose a few pounds in the process.

Instead, the exact opposite happened.

Based on someone mistakenly advising her, “If you do CrossFitting, you can eat whatever you want,” before and after workouts, she continued to sniff the candies and chocolates she kept hidden away. in the console of his car.

Worse still, in early 2019, her blood work revealed that she had crossed the line from pre-diabetic to full-blown type 2 diabetes. The doctor sent her home with metformin, the starting drug often given to new diabetics.

She came to the gym that day sobbing. She found plenty of sympathy, but she also found a stern warning from her trainer, Van Aston, who is also a medical assistant.

“I get emotional talking about it,” Jody says, “but he just looked at me and he said, ‘You have to take this seriously. This disease kills people every day.

“It scared the crap out of me. No one had said it that harshly, and I needed it to rock my world. I was in denial, I was avoiding the truth, because I was having a hard time swallow the pill I was making myself.

Shortly after, the gym sponsored a nutritional challenge. Jodie signed up. She engaged with a capital C. She cut out junk food, educated herself on good nutrition, and added healthy foods to her diet. She drank 100 ounces of water a day. She took her 10,000 steps. She took CrossFit classes six days a week.

Her weight dropped to 160 pounds (she was 220 when she joined the gym two years earlier). His energy returned. She could tie her shoes without having to pause. When she got in the car, there was a big gap between her belly and the steering wheel.

And those were just the appetizers.

In July, she returned to the doctor for her six-month checkup.

“They take your blood work and tell you they’ll call you the next day if there’s anything to report,” she explains.

The next day, his phone rang.

“We did the happy dance,” gym owner Kevin Lundell recalled. “It was a big deal.”

Three years have passed since Jody reversed her diabetes. She continues to eat better. She admits she has her flaws. “I’m still addicted to sweets,” she says, confessing to what she calls “a bender” she did while on vacation last year.

She was relieved when her blood test results were still correct after that. “I thought I was doing very badly, but I think overall my habits are much better than the behavior that led to type 2 diabetes. The changes and choices I made afterwards influence the choices what I’m doing today.

“I’m not perfect, but now I know about nutrition and what I need to do to stay healthy. This is a difficult work. It’s not always uphill, it’s not always downhill, but it’s never a straight line.