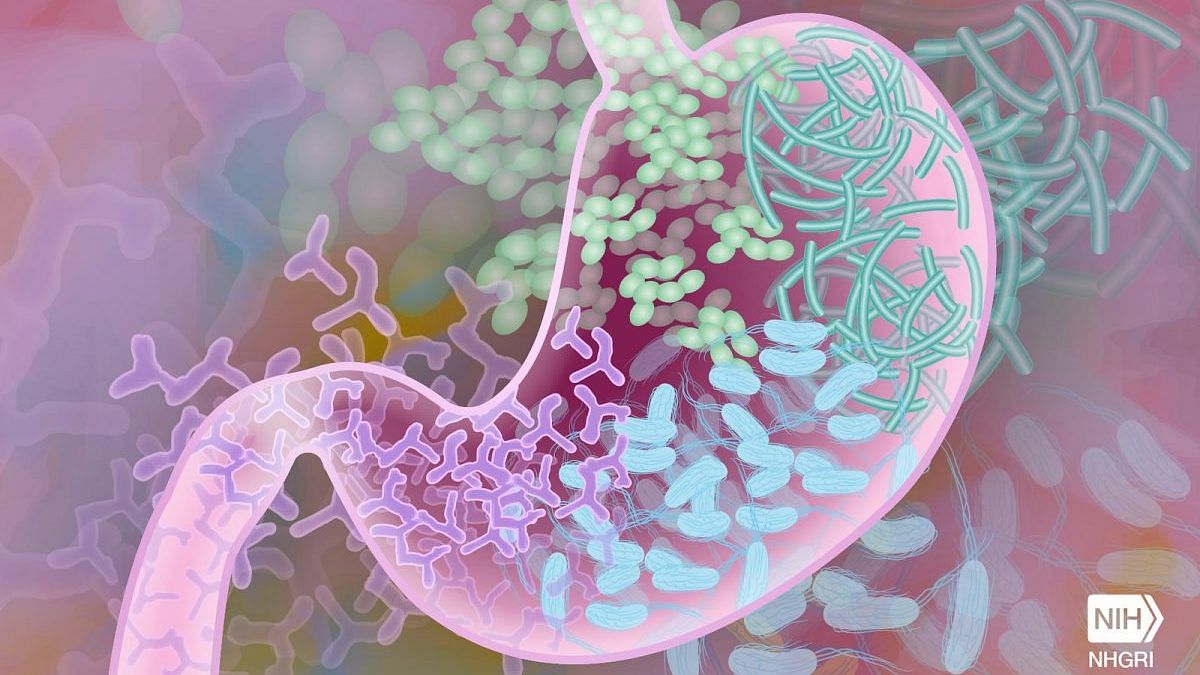 From Alzheimer’s disease to anxiety, poor gut health has a say


AAre you angry, sad, depressed or anxious? These can be linked to your poor gut health.

Our brain and our gut are connected in a complex, bidirectional and symbiotic relationship. This communication network is known as the gut-brain axis.

The human gut is home to billions of bacteria, commonly known as the gut microbiota, which play key roles in mood and mental health, as many studies explain. However, this area of ​​research is relatively new and has gained a lot of attention in recent years.

This article in the Gut Health series discusses the different ways that gut, brain, and mental health are linked.

Also read: You are what you eat – the connection between memory and our stomach

The vagus nerve is an important component of the autonomic nervous system that connects our gut and brain and helps with digestion, swallowing, breathing, appetite, etc. This nerve sends signals to both the brain and the gut, modulates the brain-gut axis, and defines the brain’s response to inflammatory diseases such as irritable bowel syndrome or Crohn’s disease. The vagus-gut connection explains why stress can affect our digestion, but also why digestive issues can affect our mood. The vagus nerve plays an important role in modulating the stress hormone cortisol. In one study, mice were fed gut-friendly probiotic foods, which caused them to report a reduction in the level of stress hormones in their bodies. This effect of probiotics was not observed when their vagus nerve was removed.

Neurotransmitters are chemicals that control feelings or emotions. Serotonin, a neurotransmitter that controls happiness and the body’s circadian rhythm, is produced in large quantities by the intestine. Gut microbes also produce gamma-aminobutyric acid (GABA), another neurotransmitter involved in the fear and anxiety control mechanism. One study showed that giving probiotic foods to lab rats increased GABA production and helped reduce anxiety and depression.

A 2019 review provides the latest evidence on glutamate, a neurotransmitter or neuromodulator in the gut-brain axis, explaining how it influences taste, visceral sensitivity, and digestive system motility, and also affects brain functions such as stress response, mood and behavior.

Control of gut bacteria from appetite to depression

The gut microbiota produces short chain fatty acids (SCFAs) such as butyrate, propionate, acetate by fermenting dietary fibers which have a potential role in appetite control, influence the intestinal environment and physiology colon. Butyrate is an essential SCFA that keeps the gut happy, maintains the gut lining, reduces inflammation, and helps form and maintain the blood-brain barrier, while propionate reduces appetite and blocks reward mechanisms in high energy foods.

Dysbiosis – a condition defined by an imbalance in the culture of the gut microbiome – leads to the growth of opportunistic bacteria in the gut, followed by the onset of inflammation associated with a range of psychological disorders, including depression and depression. Alzheimer’s disease.

A review of 26 studies found a strong link between the gut microbiota, the brain-gut axis, depression, and the way an individual thinks. The authors reiterated the important role of the gut microbiomes in ensuring mental well-being.

Lipopolysaccharide is a bacterial toxin that causes inflammation if there is excessive leakage from the intestine into the blood. Lipopolysaccharide-induced inflammation is associated with serious brain conditions such as dementia, schizophrenia, and depression, as explained in a review by John R. Kelly and colleagues.

Also read: Healthy drinks like Bournvita, Horlicks give your kids more sugar and virtually no nutrition

Diet and the gut-brain axis

Culture of probiotics or live bacteria from Bifidobacterium, Lactobacilli, and Lactococcus species is one of the most beneficial brain foods. Probiotics that benefit the brain are known as “psychobiotics”. Renowned researcher and scholar Timothy G. Dinan defines a psychobiotic as “a living organism which, when ingested in adequate amounts, produces health benefit in patients with psychiatric illnesses.” These probiotics produce brain-friendly compounds like GABA, serotonin, butyrate and maintain a healthy brain-gut axis.

An eight-week randomized controlled trial reported a reduction in depression scores in participants who were supplemented with probiotic cultures.

A probiotic like Bifidobacterium longum NCC3001 has been shown to be beneficial for people living with irritable bowel syndrome and depression at the same time.

Prebiotics are the type of soluble dietary fiber that is a food source for the gut microbiota. These fibers are broken down into neuro-supportive SCFAs by the gut microbiomes. Forty-five healthy volunteers reported a significant reduction in the stress hormone cortisol after taking galactooligosaccharides, a prebiotic supplement for three weeks.

There is no doubt that the gut-brain connection is an important determinant of an individual’s overall well-being. The gastrointestinal system is sensitive to feelings and emotions. Anxiety, depression, anger, and stress can affect gut health to a large extent. Additionally, poor gut health, leaky gut, and bowel disease such as irritable bowel syndrome can trigger the brain to produce negative emotions, and sometimes even serious psychological illnesses such as schizophrenia or Alzheimer’s disease. A diverse diet rich in probiotics and prebiotics is crucial for maintaining the balance of the gut microbiome, preventing dysbiosis and inflammation.

But the news media are in a crisis of their own. There have been brutal layoffs and pay cuts. The best of journalism is shrinking, giving in to crass spectacle in prime time.

ThePrint employs the best young reporters, columnists and editors. To maintain journalism of this quality, it takes smart, thoughtful people like you to pay the price. Whether you live in India or abroad, you can do it here.

Is seltzer bad for your gut health?