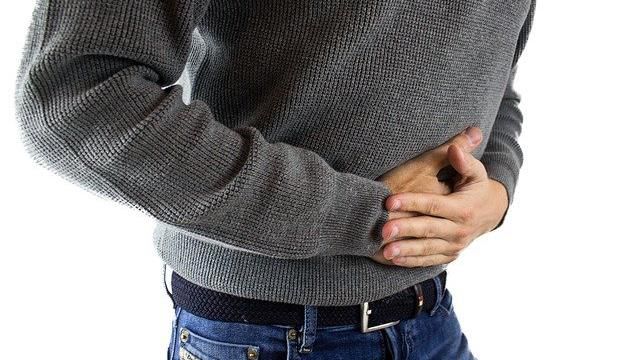 Although many people with autism spectrum disorders also suffer from unusual gastrointestinal inflammation, scientists have not established how these conditions might be related. Now researchers at Harvard Medical School and MIT, working with mouse models, may have found the connection: When a mother suffers from an infection during pregnancy and her immune system produces high levels of the Interleukin-17a (IL-17a) molecule, it can not only alter the development of the brain of her fetus, but also alter her microbiome so that after birth, the newborn’s immune system can prepare for future inflammatory attacks.

In four studies starting in 2016, co-lead authors Gloria Choi of MIT and Jun Huh of Harvard tracked how IL-17a elevated during pregnancy acts on neural receptors in a specific region of the fetal brain to alter the development of the brain. circuit, leading to autism -like behavioral symptoms in mouse models. New research published Dec. 7 in Immunity shows how IL-17a can act to alter the developmental trajectory of the immune system as well.

“We have shown that IL-17a acting on the fetal brain can induce autism-like behavioral phenotypes, such as social deficits,” said Choi, Mark Hyman Jr. associate professor of career development at the Picower Institute for Learning and Memory and the Brain Department. and cognitive science at MIT. “Now we are showing that the same IL-17a in mothers, through changes in the microbiome community, produces comorbid symptoms such as a primed immune system. “

Researchers warn that study results have yet to be confirmed in humans, but suggest central nervous system and immune system problems in people with autism spectrum disorders share a factor environmental: maternal infection during pregnancy.

“There has been no mechanistic understanding of why patients with neurodevelopmental disorder have deregulated immune systems,” said Huh, associate professor of immunology at Harvard Medical School. “We have tied these fragmented links together. This may be because they were exposed to this increased inflammation during pregnancy.

Eunha Kim and Donggi Paik of Huh’s lab are the study’s lead co-authors.

The research team first confirmed that maternal immune activation (MIA) causes increased susceptibility to intestinal inflammation in offspring by injecting pregnant mice with poly (I: C), a substance that mimics l ‘viral infection. Their offspring, but not offspring from dams in an unaffected control group, exhibited autism-like symptoms, as expected, as well as gut inflammation when exposed to other inflammatory stimuli.

While the neurodevelopmental aberrations the team tracked occur while the fetus is still in the womb, it was not clear when the altered immune responses developed. To find out, the team changed the mouse puppies at birth so that those born to MIA mothers were raised by control mothers and those born to control mothers were raised by MIA mothers. The team found that puppies born to MIA mothers but raised by control mothers exhibited symptoms of autism but not gut inflammation. Puppies born to control dams but raised by MIA dams did not show symptoms of autism, but did experience intestinal inflammation. The results showed that if neurodevelopment is altered before birth, the immune response is altered after birth.

The question then became how MIA moms have this postnatal effect on puppies. Other studies have shown that the maternal microbiome can influence the development of the offspring’s immune system. To test whether this was the case in the MIA model, the researchers looked at the stools of MIA and control mice and found that the diversity of microbial communities was significantly different.

Then, to determine if those differences played a causal role, they raised a new set of female mice in a “germ-free” environment, which means they don’t carry any germs in or on their bodies. Then the scientists transplanted stool from MIA or control mothers into these germ-free mothers and crossed them with males. Unlike controls, puppies born to mothers who underwent MIA stool transfer exhibited intestinal inflammation. These results indicated that the altered microbiome of MIA moms leads to immune priming of the offspring.

Among the notable differences the team measured in the gut inflammatory response was an increased production of IL-17a by T cells in the immune system. IL-17a is the same cytokine whose levels are upregulated in MIA mothers. When the scientists examined T cells from offspring exposed to the MIA microbiome compared to control offspring, they found that in MIA offspring, CD4 T cells were more likely to differentiate into Th17 cells, which release IL. -17a.

This prompted them to examine the potential differences in the way CD4 T cells from different groups transcribe their genes. CD4 T cells exposed to the MIA microbiome exhibited higher expression of genes for T cell activation, suggesting that they were more primed for T cell-dependent immune responses in response to infections.

“Thus, the increase in IL-17a in mothers during pregnancy leads to a susceptibility to produce more IL-17a in the offspring during immune challenge,” Choi said.

Having established that offspring’s immune systems can be malfunctioned by exposure to the altered microbiome of an infected mother during pregnancy, the question that remained was how this microbiome is altered in the first place. Suspecting IL-17a, the team tested the effects of antibodies that block the cytokine. When they blocked IL-17a in dams prior to immune activation, their offspring did not exhibit intestinal inflammation later in life. This was also found to be true when the researchers repeated the experiment of transplanting MIA stools to germ-free mothers, this time including stools from MIA mothers with IL-17a blockers. Again, blocking IL-17a in the midst of maternal infection led to a microbiome that did not poorly prepare the offspring’s immune system.

Huh said the results underscore that environmental exposures during pregnancy, such as infections, can have long-term consequences on the health of the offspring, a concern that has always been present but may be exacerbated by the pandemic of Covid-19. Further study is needed, he said, to determine the long-term effects on children born to mothers infected with SARS-Cov-2.

Choi added that emerging links between inflammation and neurodegenerative diseases such as Alzheimer’s may also warrant further study given the team’s findings on how maternal infection can lead to increased inflammation. in the offspring.

This article was republished from the following materials. Note: Material may have been edited for length and content. For more information, please contact the cited source.