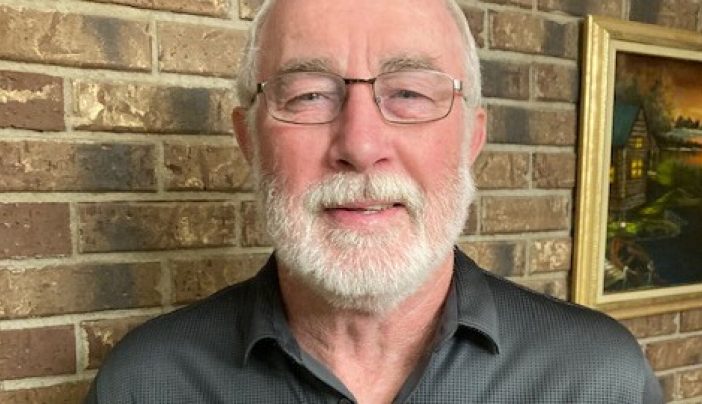 Unless I’m a patient or know a friend or relative who has it, I can’t imagine most people think too much about cancer, let alone where they would go if they caught it. Why would you, if it wasn’t absolutely necessary? Before March 2015, I had never been sick a single day in my life, so I had no reason to think about cancer either.

But when I was diagnosed with colorectal cancer and then superficial spreading melanoma later that year, I was so glad to be at MD Anderson. The expertise of its doctors is worth the detour.

I live in a small town in Arkansas. So when the blood that I had been seeing in my stool on and off for about a year started getting worse, my local doctor sent me to a gastroenterologist in Memphis, Tennessee. It’s the closest big city to me, and it only takes about an hour and a half to get there.

The Memphis doctor performed a colonoscopy and removed tissue for a biopsy. When the results came back he told me I had stage I rectal cancer.

The tumor was only the size of a large marble and was located in the lower part of my rectum, but the Memphis doctor said surgical removal of the growth was the best and only treatment option he had. could give me. I was also told that I would need a permanent colostomy – or a bag that collects stool outside the body through a hole in the abdomen – in order to remove the tumor.

My daughter and I didn’t like that sound very much. So she pulled out her phone and started researching the best places to go for colorectal cancer treatment. MD Anderson is ranked #1 in the nation for cancer care. We called and made an appointment.

To MD Anderson, I first met colorectal cancer surgeon Dr. Miguel Rodriguez-Bigas. He did additional tests and scans to confirm my diagnosis. He agreed that I should have the tumor removed. But since we caught him early, he said I would only need a temporary stoma. He was able to reverse it about three months later after my body had a chance to heal.

This plan looks much better to me. So Dr. Rodriguez-Bigas removed the tumor, part of my colon, and all of my rectum in the operation on April 19, 2015. He removed all the cancer, so I didn’t need chemotherapy, radiotherapy or any other treatment.

My unexpected diagnosis of melanoma

At that time, I thought I was done with cancer. Unfortunately, the cancer was not done with me. Before my stoma was reversed on July 22, 2015, my wife noticed a small pink spot on my back. She told me I had to have it checked out.

We made an appointment with MD Anderson dermatologist Dr Kelly Nelson for the same day I removed my staples. Dr. Nelson examined him and took tissue for a biopsy. A week later she called me to tell me the results: I had stage I melanoma. I needed to come back and get treatment.

I still didn’t feel very well at the time, and had only been home from the hospital for a week. But I’m glad to be back there: Dr. Nelson was able to remove the melanoma in his office, and that’s it. As we also caught this cancer early, I did not need any further treatment.

Why do I feel blessed by MD Anderson skill

I have been cancer free since 2015. I only go back to MD Anderson now for my annual exams. And every time I see Dr. Nelson or Dr. Rodriguez-Bigas, I remember how blessed I am to be at MD Anderson.

Dr. Nelson has an eye for spotting skin cancer that no one else has. Whenever she has medical students following her, she waits outside the exam room and lets them do my head-to-toe skin exam first. Then she returns to perform the skin examination herself. And she always finds things that need to be dealt with.

After Dr. Rodriguez-Bigas reversed my stoma, my daughter took copies of my abdominal scans to the doctor in Memphis to show him what I had done. He was really happy for me, but admitted he couldn’t have done the same. So I know I made the right decision choosing MD Anderson.

My life today, after treatment for melanoma and colorectal cancer

Today I am doing very well. But Dr. Rodriguez-Bigas removed my rectum and part of my colon before putting me back together. So it took me a while to get used to the changes.

I think the sickest I have ever felt was right after he reversed the stoma. My gut was starting to cramp and spasm. I had to go to the bathroom sometimes 10 or 15 times a day. It was really hard for me. Finally, he prescribed me a drug called dicyclomine used to treat irritable bowel syndrome. I take a pill twice a day now. It helps a lot.

I still have days when I can’t really leave the house. But they don’t happen as often as they used to – usually if I try to do too much. If I stay up too long, I know I’ll pay for it. But I’m retired now, and I’ve learned to slow down and pace myself. So I get along very well.