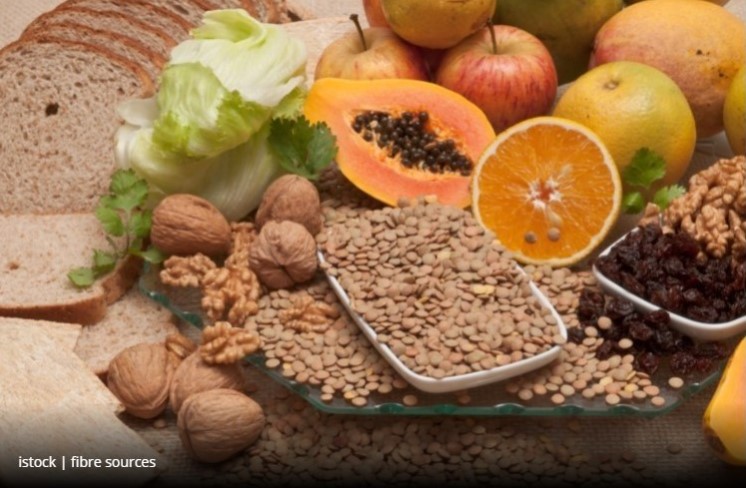 A study looking at the response of gut microbes to fiber intake found the greatest response in participants with the lowest fiber intake at baseline, but observed an opposite effect in those with a high usual fiber intake.

The authors comment:We believe for the first time that responses in individuals are correlated across at least some pairs of prebiotics, and that the average response is correlated with host factors.​

Dietary fiber facilitates the production of short-chain fatty acids (SCFAs) that protect against intestinal diseases, such as colorectal cancer, reduced inflammation and obesity. Butyrate, in particular, is considered a “fuel for intestinal cells”and improves the gut’s resistance to pathogens and inflammation, they explain.

While prebiotic supplements offer “a promising microbiota-targeting approach to promote healthit is difficult to predict treatment responses due to host heterogeneity.

The Duke University team studied the effect of three fermentable fibers (inulin,​ dextrin​ (Benefiber), and galacto-oligosaccharides​(GOS)) on the production of SCFAs in different individuals to determine the value of personalized diets and found participant responses correlated with “reception factors”,regardless of fiber type.

“Our results support a model in which microbial metabolic repertoires within the microbiota of individuals have the ability to utilize a wide range of chemically distinct fiber types,” write the authors.

“Differences in the levels of strains underlying these metabolic interactions may vary between individuals, which in turn could lead to interindividual variation in the ability of individuals’ microbiota to ferment prebiotics.”​

“Individual identity exerted a much stronger effect on prebiotic response, and we observed that responses to each prebiotic were correlated across individuals.”​

Analyzes confirmed an association between baseline proportional butyrate levels and consumption of dietary fiber-related plant food groups (e.g., legumes and dark green vegetables), and also found a link between groups of foods commonly associated with a Mediterranean diet (such as seafood, dairy, fruit, and poultry) with higher baseline levels of proportional acetate.

The authors say the nutritional implications of their work are surprising given the negative outcomes of participants following a high-fiber diet and the expectation that they would.”have a greater ability to utilize the new incoming fibers to increase proportional butyrate production, not a lower ability as we have observed,”they write.

In vitrothe tests also revealed a degree of ‘ecological memory”allowing microbes to recognize familiar fibers, which speeds up digestion.

The authors say this suggests that the metabolic potential of the human gut microbiome reflects dietary exposures over the preceding days and changes within hours of exposure to a new nutrient.

“The dynamics of this ecological memory also highlights the potential for intra-individual microbiome variation to affect the design and interpretation of interventions involving the gut microbiome,” they add.

All the gut health hacks you need to manage IBS